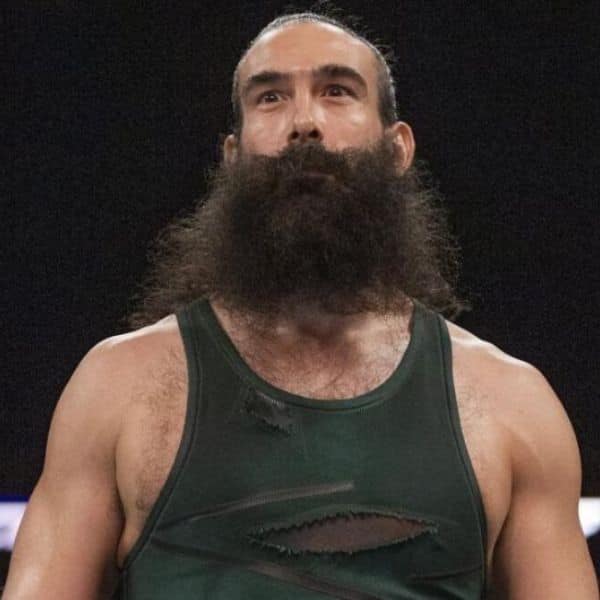 This is shocking. WWE wrestler Jon Huber aka Luke Harper is no more. He died of a non-COVID-related lung issue at the age of 41. Huber’s wife took to Instagram and wrote, “My best friend died today. I never wanted to write out those words. My heart is broken. The world saw him as the amazing @brodielee (fka Luke Harper) but he was my best friend, my husband, and the greatest father you would ever meet. No words can express the love I feel or how broken I am right now. He passed surrounded by love ones after a hard-fought battle with a non-Covid related lung issue.” Also Read – Throwback: When The Undertaker took on his doppelganger and 19 other top Undertaker moments

WWE wrote in an official statement, “Huber found success in every stop of his sports-entertainment career, as his soft-spoken yet imposing presence helped him create countless awe-inspiring moments in the ring. After a highly decorated run on the independent circuit, Harper debuted in NXT as a menacing enforcer for The Wyatt Family. Harper had a dominant tag team run with Rowan that would lay the groundwork for future championship success.” Also Read – Former WWE wrester Rosa Mendes impresses in these throwback bikini and swimwear pics

The statement further read, “As a member of The Wyatt Family, he engaged in heated rivalries with the likes of Kane, Daniel Bryan, The Shield, John Cena, and The Usos. After being set free from the family, Harper authored an impressive singles run that culminated with him defeating Dolph Ziggler for the Intercontinental Championship. Harper & Rowan later comprised The Bludgeon Brothers and embarked on a path of destruction that was highlighted by a SmackDown Tag Team Title victory in a Triple Threat Match at WrestleMania 34.” Also Read – WWE wrestler Lana stuns in throwback glam pics

Many wrestlers took to social media to mourn his loss.

“Totally devastated over the loss of Jon”Luke/Brodie”,such a great talent and awesome human being! RIP my brother HH,” wrote Hulk Hogan.

“Our entire brotherhood and industry mourns tonight. In addition to his incredible passion and talent, Jon was above all else, a great man, who loved his family more than words can say. Please keep them in your thoughts. I’ll see you down the road, brother #RIPBrodieLee,” wrote Drew McIntyre.

Here’s a look at the reactions:

Our entire brotherhood and industry mourns tonight. In addition to his incredible passion and talent, Jon was above all else, a great man, who loved his family more than words can say. Please keep them in your thoughts. I’ll see you down the road, brother ♥️ #RIPBrodieLee pic.twitter.com/DvTNr3Vo4g

Totally devastated over the loss of Jon”Luke/Brodie”,such a great talent and awesome human being! RIP my brother HH

I’m in total shock. Prayers to Amanda & their boys during this time. I can’t believe it. Rest In Peace Jon ?? https://t.co/j7vQM3GCVO

May his soul rest in peace.

Who has the Riverdale actor dated?

Koriehopeworldnews Jan 21, 2021 0
Officers are understood to have been in a stand-off with the man - who was refusing to come out of a property. A…