Watch when Tyson Fury met Oleksandr Usyk, tickled him and jokingly sized him up for future fight at heavyweight


When Tyson Fury met Oleksandr Usyk for the first time, the Brit left an impression on the Ukrainian with a grab and a tickle.

The pair were both ringside for Artur Beterbiev’s knockout win over Oleksandr Gvozdyk in Philadelphia in October 2019, with the ‘Gypsy King’ making his presence felt.

Fury approached Usyk, shook his hand and told him: “Stand up, let me see how big you are.”

He then proceeded to give him a friendly feeling-up as both men laughed and went their separate ways.

After winning the undisputed cruiserweight championship with all four world titles last year, Usyk has now moved up to heavyweight.

The Ukrainian won his debut in the division against Chazz Witherspoon and is set to face Dereck Chisora on Saturday. 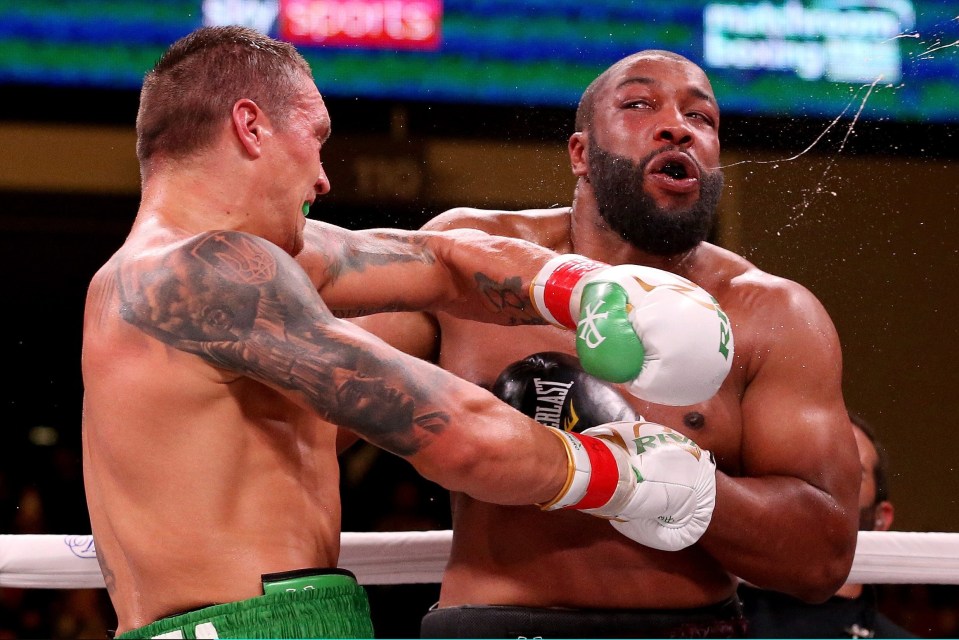 Usyk stopped Chazz Witherspoon after seven roundsFury has had mixed opinions about Usyk’s entry to the heavyweight division, first naming him as the biggest threat besides Deontay Wilder, and then saying he could beat the 32-year-old with one hand tied behind his back.

Ultimately though, the pair showed respect for one another when they met in person and could share the ring in future.

The final push before Election Day

Ahead of his next fight, what happened in Mike Tyson’s last? Boxing legend quit…

Best Ugg Boots and Slippers on Sale For Black Friday | 2020