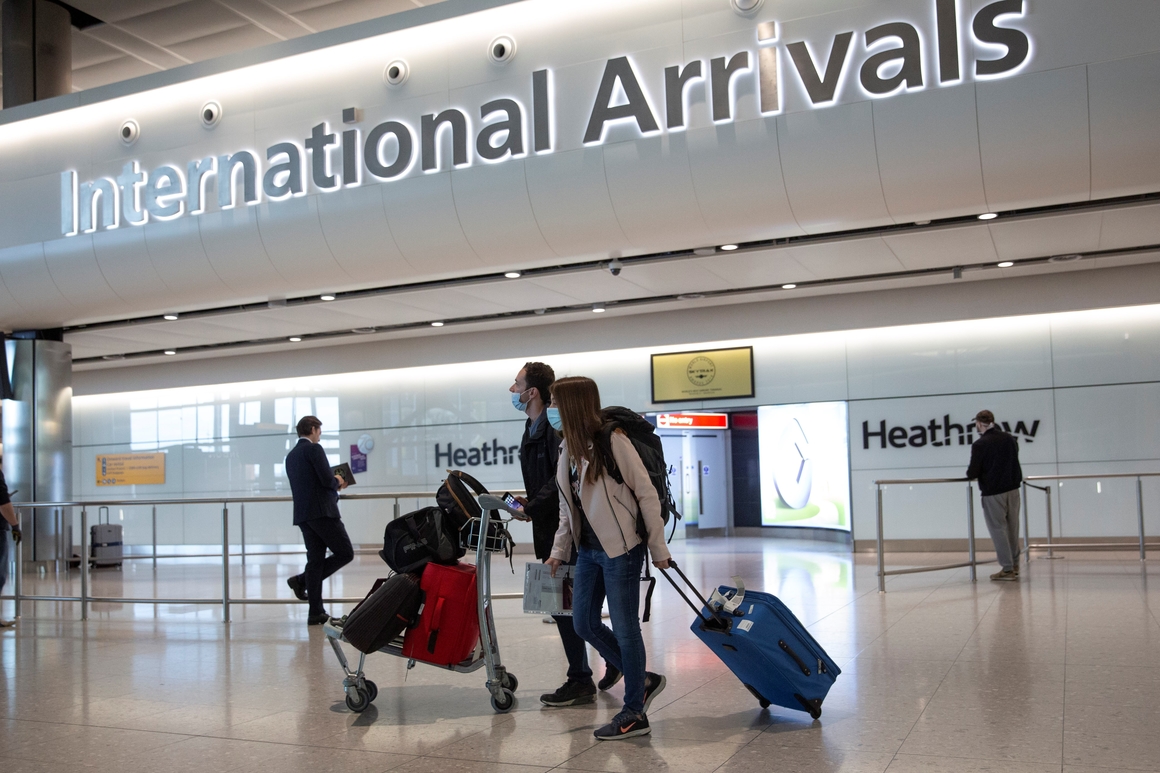 The mutated strain of Covid-19 discovered in the U.K. is believed to be up to 70 percent more transmissible than other strains, though it may not be any more lethal.

The administration had previously been reluctant to mandate a health screening for flights from the U.K., but rather simply recommended it. Some governors, chief among them New York’s Andrew Cuomo, had called for the feds to go even further and shut down flights from the U.K., as some other countries have done.

On a Dec. 22 appearance on “Good Morning America,” director of the National Institute of Allergy and Infectious Disease Dr. Anthony Fauci called a travel ban a “dramatic step” that didn’t appear to be imminent, and suggested that it’s likely already spreading inside the United States.

“That’s certainly possible I mean, when you have this amount of spread within a place like the U.K., that you really need to assume that it’s here already, and certainly is not the dominant strain, but I would not be surprised at all if it is already here,” Fauci said.

Passengers wishing to travel from the U.K. must get a PCR or antigen test and provide written documentation of the result to their airline, which will be required to double check the result before they allow a passenger to board.

U.S. to require COVID-19 tests for airline passengers from U.K.

COVID-19 Is Dangerous for Middle-Aged Adults, Not Just the Elderly