Age is just a number, and it has again been proven with a newly developing hot relationship brewing in Hollywood. So, 31-year-old Lucy Hale, known for her roles in horror movies like Scream4, Truth or Dare and Fantasy Island as also the TV show, Pretty Little Liars, has grown pretty close to Riverdale star Skeet Ulrich, 20 years her senior. In fact, a recent picture clicked by a paparazzi while the two were out on a lunch date suggest that they’re definitely an item and things are moving ahead pretty fast between the two, even though neither have yet confirmed their relationship. The pic in question is that of Lucy Hale and Skeet Ulrich sharing a steamy kiss while enjoying their lunch date. Check out the photo below: Also Read – Dangerous Lies movie review: Riverdale’s Camila Mendes tries but can’t rescue this by-the-numbers tale of murder and deceit 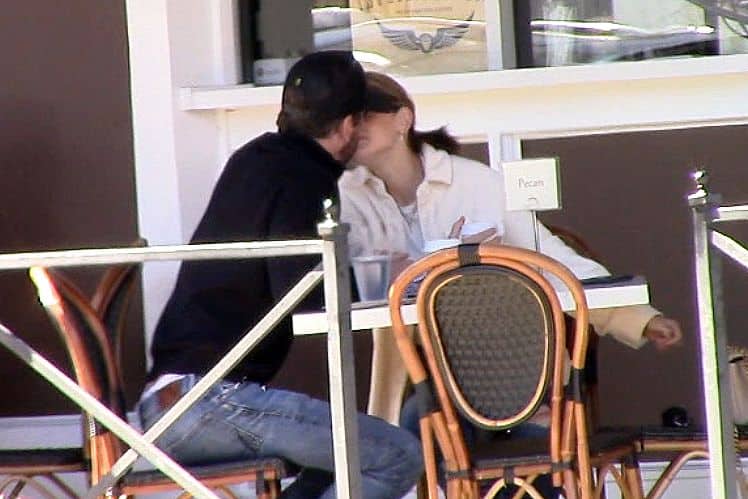 It was last July only when Lucy Hale had described being “more single than ever” in an interview with ET, where she had said, “If anything during this time it’s taught (me)…because I’ve done the whole thing basically alone and I used to hate being alone — I feel the only way I’m gonna date someone next is if they make my life better because I’m so happy right now having my own routine,” she explained at the time. “I’m on a dating site now and I still never met up with any of them because I’m too nervous. Believe it or not, I’m really shy in that sense.” Also Read – Lucy Hale to play Katy Keene in Riverdale spinoff

Speaking about her ideal partner, Lucy had added, “I physically do not have a type. I’ve dated everything cross the board. (I’m looking for) someone who’s confident and comfortable (in their own skin). There’s so many insecure men out there and I can’t do that. I’ve dated that. Don’t want that. I don’t care what you do, just love it. Do everything a hundred and ten percent. A good moral compass. Just a good person. It’s very simple what I’m looking for, but that’s hard. Simple qualities are harder to find. I’m not settling for anything less than what I’m looking for. Because why? Why would I?”

Mario Draghi’s fury at Merkel over eurozone policies: ‘Not only for Germany’ | World | News