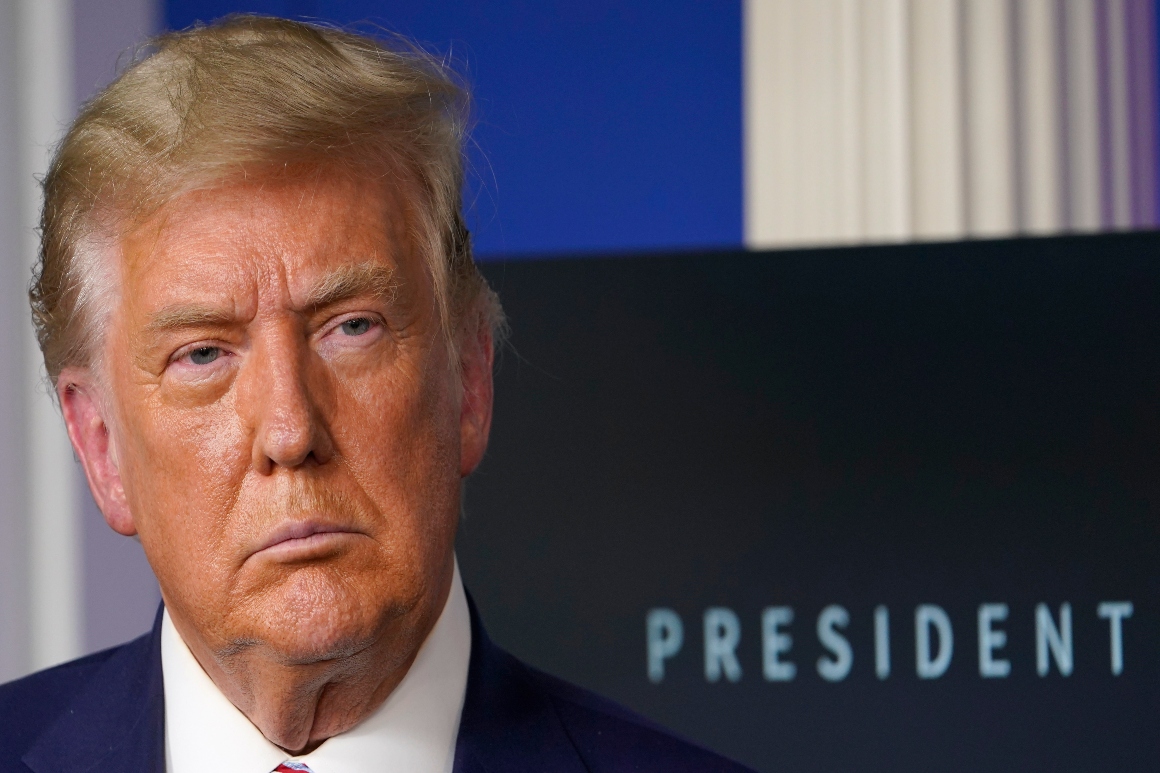 The panel had come under pressure from the White House and Treasury Department to support the plan. After weeks of appeals from the administration, it did so Monday — stunning even some officials who were involved with the plan and believed the panel wouldn’t budge.

“I am shocked,” said one person who had been briefed on SIGIS’ prior concerns and concluded that the cards were a nonstarter.

The panel’s approval clears one of the last major barriers to Trump’s plan, but the cards still face logistical hurdles that could ultimately prevent their rollout, cautioned four people with knowledge of the plan.

Administration officials still haven’t resolved operational concerns, including how the government plans to inform seniors about the cards and how many can be sent out before Trump leaves office Jan 20. It’s not expected that the incoming Biden administration would support the program.

Under Trump’s original $7.9 billion plan — which he announced in late September, amid sagging poll numbers with seniors — the administration sought to quickly send letters to 39 million Medicare beneficiaries notifying them about the soon-to-be-arriving discount cards. Administration officials also had hoped the letters would be sent before the Oct. 15 start of Medicare open enrollment to help inform seniors’ shopping decisions. Medicare’s enrollment period closed last week.

But Trump’s plan faced considerable scrutiny from Democrats, who alleged it was an effort to boost his popularity with a key demographic ahead of the election. The health department’s top lawyer also warned that the plan could violate election law by being perceived as a last-minute effort to sway voters.

The White House has positioned the plan as a legally authorized “test” of the Medicare program, but drug policy researchers questioned the usefulness of the effort. Seniors typically spend thousands of dollars per year on drug costs, and previous studies have found similar coupons ultimately increase spending on drugs. The plan would be paid for by tapping one of Medicare’s trust funds.

“This is an incredibly bad policy,” said Stacie Dusetzina, a Vanderbilt University health policy professor who studies drug costs. “It is not a real or valid experiment, and we will learn nothing new from it.”

Sharon Osbourne tests positive for COVID-19, “The Talk” on hiatus

Koriehopeworldnews Jan 20, 2021 0
Donald Trump pumped his fist and waved as he departed the White House on Marine One Wednesday for the last time…