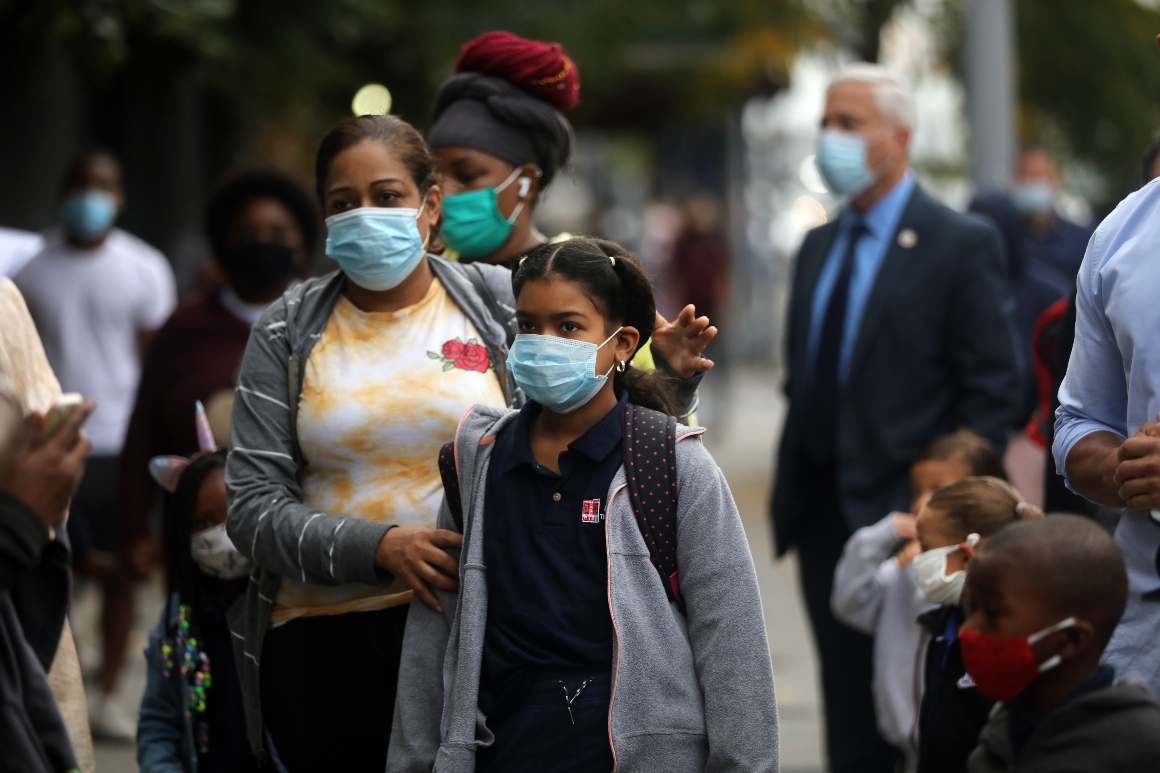 The Sept. 11 email exchange between Alexander and other officials centered on an embargoed CDC bulletin set to publish the following week and which Alexander — an unpaid assistant professor at Canada’s McMaster University who was recruited by longtime Trump operative Michael Caputo — said contained faulty science. For instance, defining teenagers aged 18 and older as “pediatric” patients was “misleading,” Alexander wrote to Charlotte Kent, the editor-in-chief of the CDC’s Morbidity and Mortality Weekly Reports. Alexander also said that the document wrongly conflated the risks of the coronavirus to young children and older adolescents, urging Kent to make multiple changes to the document.

Alexander’s requests — the latest in a series of demands — set off new concerns inside CDC, which was already reeling from Alexander’s efforts to retroactively alter several reports or halt the MMWR process altogether. The reports are sent to researchers, physicians and hospitals to update them on the latest medical guidance and findings. The study in question addressed the death rates of Covid-19 among the pediatric population; CDC has frequently used the term “pediatric” to refer to the population under age 21, in line with how the American Academy of Pediatrics defines the term.

Democrats, OPEN THE SCHOOLS ( SAFELY), NOW! When schools are closed, let the money follow the child (FAMILY). Why should schools be paid when they are closed? They shouldn’t!

Alexander’s requests also complicated Kent’s own efforts to change the report after she said career civil servants made similar suggestions, according to an email exchange that CDC shared with POLITICO.

“[I]f we change the title and how the cases are described, there could be an erroneous perception that we are being influenced,” Kent wrote on Sept. 14 to Anne Schuchat, the CDC’s no. 2 official and the agency’s top civil servant.

The final version of the CDC’s report, published on Sept. 15, contained revisions approved by career officials like Schuchat but also in line with those sought by Alexander. For instance, the report’s title was changed to remove the words “Children, Adolescents, and Young Adults” and replace them with “Persons.” Meanwhile, the word “pediatric,” which had appeared three times in the draft summary, did not appear in the published version of the equivalent paragraph, among other changes in the final version.

“Careful monitoring of SARS-CoV-2 infections, deaths, and other severe outcomes among persons aged <21 years remains particularly important as schools reopen in the United States,” according to the published report. The draft version of that sentence, reviewed by POLITICO, used the words “children, adolescents, and young adults” instead of “persons.”

The report went on to break down health and demographic data about young people who died of Covid-19.

The episode is the latest example of how Trump appointees’ interference has rippled across the health department — and how even when career experts can find common ground with political officials, they have been tainted by the unprecedented efforts to shape their findings.

One current and two former CDC officials who reviewed the email exchange between Alexander and Kent said they were troubled by the intervention to alter scientific reports viewed as untouchable prior to the Trump administration. The resulting changes also appeared to minimize the risks of the coronavirus to children by making the report’s focus on children less clear, two individuals said.

Alexander’s emails on the CDC’s bulletins are also a further indication of how administration officials have mounted a concerted effort to play down language about the risks of the coronavirus to children. White House coronavirus coordinator Deborah Birx separately pressed the CDC to adjust its guidance to reopen schools, The New York Times reported last week.

Alexander, who left HHS on Sept. 16, did not respond to a request for comment. An HHS spokesperson distanced the department from Alexander, saying that his role had been “temporary” and pointing to his recent departure. HHS Secretary Alex Azar told a congressional committee on Friday that he did not support Alexander’s harshly worded demands to edit the reports.

POLITICO first reported that Alexander and other Trump appointees were seeking to alter and even halt the CDC’s reports, alleging that the MMWR bulletins were deliberating undermining Trump’s claims about the virus’ risks. Alexander also spent months pushing government scientists to minimize the risks of the coronavirus in children, including attempting to muzzle infectious diseases expert Anthony Fauci from speaking publicly about those risks.

CDC defended the revisions to the MMWR as science-based. Kent said in a statement that the changes were made based on an “internal clearance process, not based on any comments from outside CDC.”

“This wording issue was flagged by CDC scientific reviewers as part of the routine internal clearance process for MMWR reports,” she said in a statement. “They noted, and MMWR editorial staff agreed, that the change should be made for clarity and to make the wording consistent with other scientific characterizations of age.”

One current and two former CDC officials said they did not agree with the decision to remove words like “children” and “adolescents” from the title in favor of the vaguer “persons.” For instance, the new title would make it harder to find the report when scientists searched for data on the risks of the coronavirus to children — and that some scientists might skip by it altogether, said two of the individuals.

They also unanimously raised concerns about why Alexander — who had served as Caputo’s hand-picked science adviser before Caputo went on medical leave Sept. 16 — was requesting changes in the scientific bulletin.

“The unusual thing is that he’s having a discussion directly with the MMWR editor-in-chief,” said a former CDC official with knowledge of the MMWR process, adding that the journal editor was historically protected from directly interfacing with political appointees outside of CDC.

The CDC has spent decades maintaining a firewall around the MMWR reports, which officials said is intended to protect its scientists from political pressures. Three former editors-in-chief of the MMWR reports warned last month that even the implication of political pressure could tarnish the famed journals’ influence and scientists’ trust in the findings. The reports are influential in shaping global public health strategies. Fauci, the infectious-disease expert, has credited a 1981 MMWR that broke the news of HIV with changing the shape of his career.

But before he left the health department, Alexander had sent emails haranguing Kent and CDC Director Robert Redfield, attacking the MMWR process and demanding that he be allowed to edit the reports prior to publication.

The bulletins are “constantly reporting incompletely and writing in a manner to make the nation run and dig a hole and climb inside with their children for 10 years,” Alexander wrote to Kent, Redfield and other officials on Aug. 8, in an email obtained by POLITICO. “It makes no sense. It is meant to [deceive].”

After POLITICO first reported Alexander’s interventions last month, sparking widespread concern from scientists and others in the public health community, Redfield insisted that political appointees’ demands had not shaped the reports.

“At no time has the scientific integrity of the MMWR been compromised,” Redfield testified in a Senate hearing on Sept. 16. “And I can say that under my watch it will not be compromised.”

But current and former CDC officials have said the agency is already facing regular pressure that threatens to compromise its operations.

“CDC science should not be undermined nor the voices of its experts muted, or our nation will suffer a crisis of confidence and trust that will continue to hamper our recovery from this pandemic,” Richard Besser, the president of the Robert Wood Johnson Foundation and the former acting CDC director, wrote in the Scientific American last month. “We cannot let this happen.”

Birx warns of “broad surge” across the country, as Trump claims U.S. is…

AMD is showing off more of its own Radeon RX 6000 benchmarks, edging out the…

KorieHope Oct 31, 2020 0
He was a rugged and forceful actor known for performing with an arresting physicality, determination, courage…