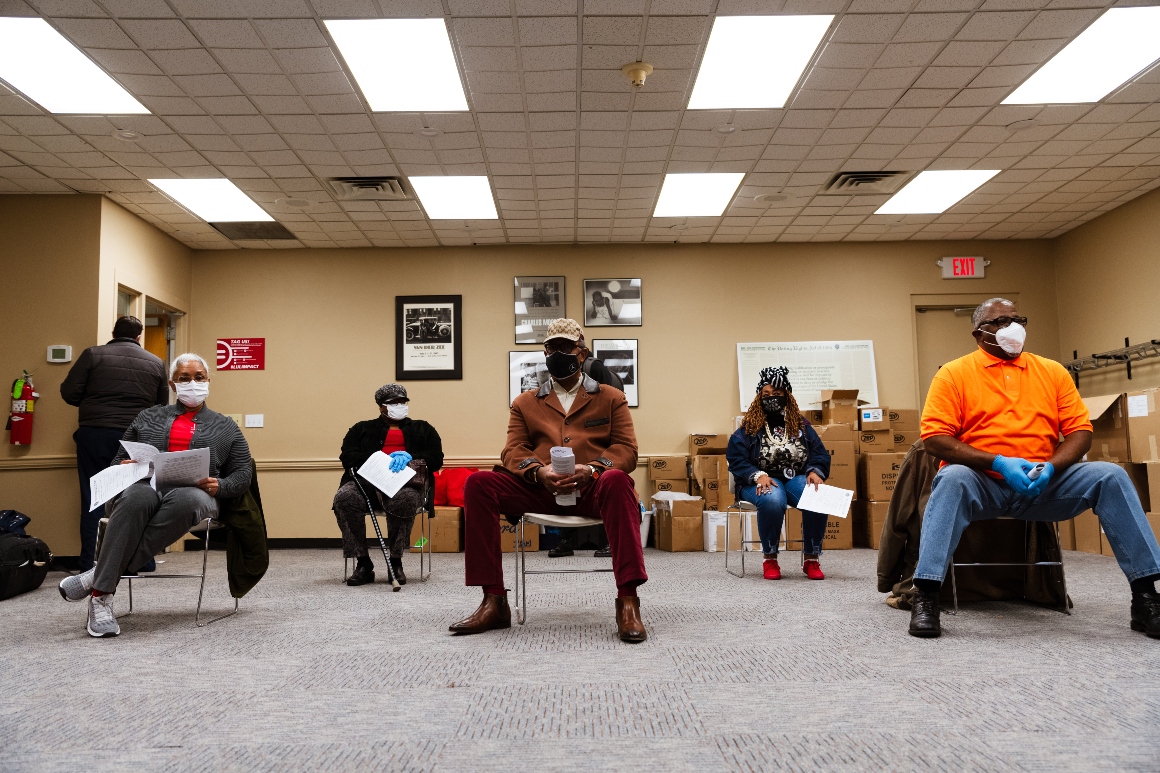 “We have the capacity to get our populations vaccinated to move through the priorities very quickly. But the supplies have not increased; they’re level right now,” said Arkansas Gov. Asa Hutchinson, a Republican, in an interview. “We all fully expected our great manufacturing enterprises to accelerate the manufacturing, and we’re not realizing it yet.”

The supply problem is one of the first major challenges Biden administration officials will face as they try to ramp up vaccinations to at least 1 million per day. President Joe Biden has pledged to hit 100 million vaccinations in his administration’s first 100 days, promising new federal resources for a vaccination effort that’s largely been left to the states. The new administration, which did not immediately respond to a request for comment, has said it will invoke the Defense Production Act to help ramp up vaccine manufacturing, while it’s also preparing to stand up mass vaccination sites.

State health officials say they desperately need better estimates weeks in advance on vaccine shipments from the federal government to plan everything from mass vaccination sites to smaller clinics. Instead, they’ve typically been informed less than a week before shipments.

“There’s just no trust in the allocation system, and I think you see that at the county level, too,” said Claire Hannan, the executive director of the Association of Immunization Managers.

In Michigan, hospitals have had to cancel “many” appointments in the past five weeks due to shortages of vaccine supply, according to the Michigan Health and Hospital Association.

Local health officials say some of the issue stems from the Trump administration’s decision last week to encourage states to vastly expand vaccine eligibility to people 65 and over and those with high-risk medical conditions without increasing the vaccine supply. Many states followed that guidance, opening up vaccinations beyond frontline health workers and nursing home residents who received top priority in most places.

“That announcement last week put the pressure and the expectation on us that we would go down to 65,” said Kris Ehresmann, a top Minnesota Health Department official who said the state expanded eligibility because of the Trump administration’s announcement. But the state is limiting shots to nine vaccination sites for Minnesotans 65 and older and schoolteachers until more supply arrives.

Many states also wrongly believed they would be receiving a flood of new doses this week after Trump health officials said they would no longer hold back booster shots. But they soon learned the government’s stockpile was already empty.

Nearly 36 million doses have been distributed to states, while about half of those — 16.5 million — have been administered, according to Centers for Disease Control and Prevention data. Federal officials have cautioned that’s likely an undercount because of a dayslong reporting lag in some places.

A “steady cadence” of doses are now available to states, according to a former Trump administration official. On Thursday, when states begin ordering doses for next week, more than 50 million shots will have been made available since the first two coronavirus vaccines were authorized just over a month ago, the official said. A third vaccine from Johnson & Johnson could be authorized in the coming weeks, though the company has hit some production setbacks.