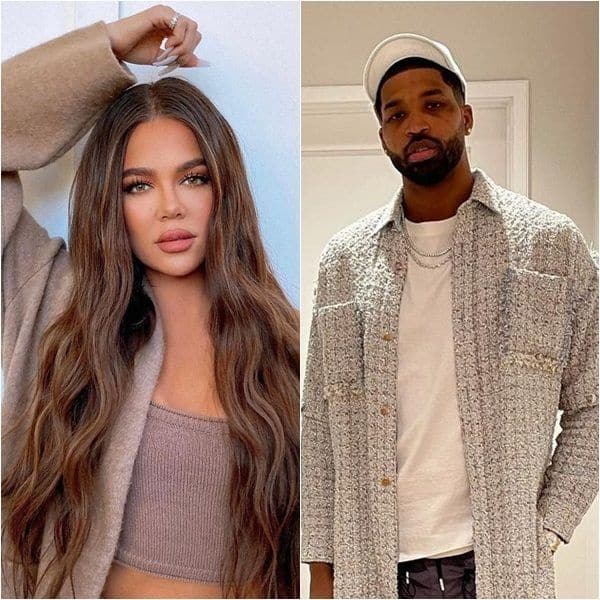 Reality TV star Khloe Kardashian sparked rumours of engagement with basketball star Tristan Thompson when she uploaded an image with a big diamond ring on her finger. In the image, Khloe was seen placing her hand on her butt. She was seen wearing a huge diamond ring on her finger and soon her fans began wondering if Khloe has got engaged to Tristan. But it seems like the ring is not new at all. Also Read – 2020 Recap: From Tom Cruise shooting in space to Brad Pitt-Jennifer Aniston’s reunion to Madonna’s bathtub video — these were the top newsmakers in Hollywood

According to an IANS report, a source said that the ring is not even from Tristan, who has a daughter named True with Khloe. Apparently, it is the same ring that Khloe, 36, wore in December during an outing in Boston. According to Page Six, she has always had the rock, and had prompted speculations of engagement earlier, too. Also Read – Ananya Panday steals Khloe Kardashian’s line on Fabulous Lives of Bollywood Wives; Twitter goes on a roll

The speculations have only amused Khloe and Tristan. The basketball player even joked in the comments with the message: “WOW!!!!!!!! That grass is cut to perfection. Also Read – Khloe Kardashian tests positive for COVID-19: I was was vomiting, shaking and having hot and cold flashes

Khloe had recently revealed that the popular show Keeping Up With The Kardashians started as a filler programme. She claims the pilot didn’t go anywhere at first. “I think we shot a pilot or something for (Ryan Seacrest) and it didn’t go anywhere,” Khloe said on The Kelly Clarkson Show, reports aceshowbiz.com.

She added that they were given a chance after “a show on (the American channel) E! fell through, so they needed something to fill this dead air time”. “They were like, ‘You’re getting on the show, start filming, you’re getting on the air, like, in two’weeks’. We were so excited,” she recalled.

Fans back in stadiums for final day of Premier League season, ‘Mourinho NOT to blame for Tottenham crisis’, Rice wants Lingard to stay at West Ham – football news and gossip LIVE

Texas lifts mask mandate and other COVID-19 restrictions despite health…