It’s time to look back at what has been now that the year is about to draw to a close, and keeping that in mind, no recap of the past twelve months would be complete sans a look at the major headliners. Speaking about Hollywood, the newsmakers included all but a few movie announcements with most projects on hold due to the Coronavirus pandemic and subsequent lockdown. In such a scenario, relationship updates and controversial statements made more news than the actual movies. So, without further ado, here are top newsmakers of 2020 (for right or wrong reasons) in Hollywood… Also Read – Happy birthday, Hugh Jackman: Did you know the birthday boy has Tom Cruise to thank for bagging the role of Wolverine?

Tom Cruise to shoot in space 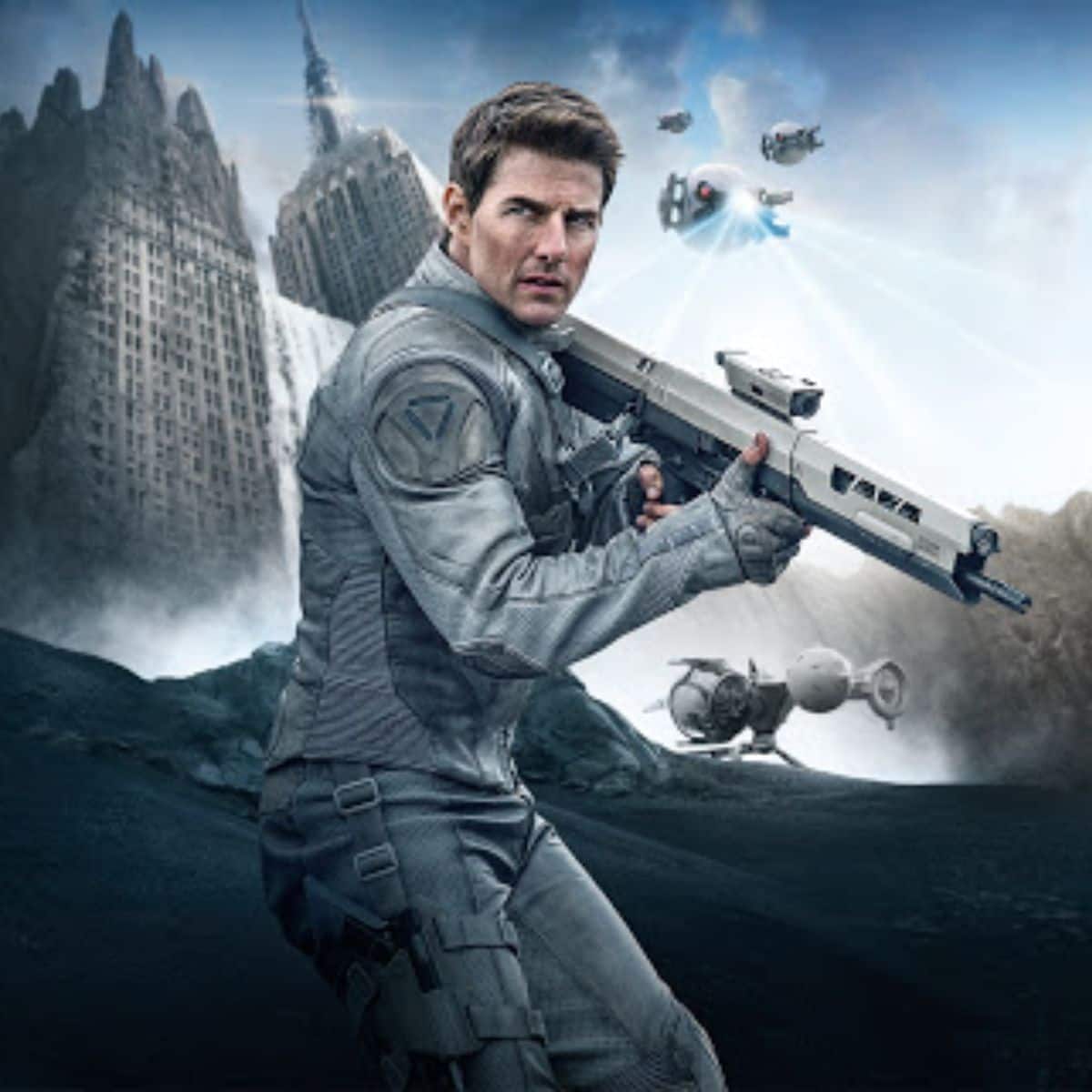 Also Read – Tom Cruise watches Christopher Nolan’s Tenet in a cinema hall, says ‘Great to be back in a movie theatre’

As per Deadline magazine, Tom Cruise and renowned space researcher and explorer and the chief engineer/designer/founder of Space X, Elon Musk, have come together to partner with the National Aeronautics and Space Administration (NASA) for the objective of shooting the superstar’s next film aboard an actual Space X vessel stationed beyond Earth’s stratosphere. Also Read – Tenet, Mulan, Wonder Woman 1984, Top Gun Maverick — 10 upcoming Hollywood movies to watch out for in the second half of 2020 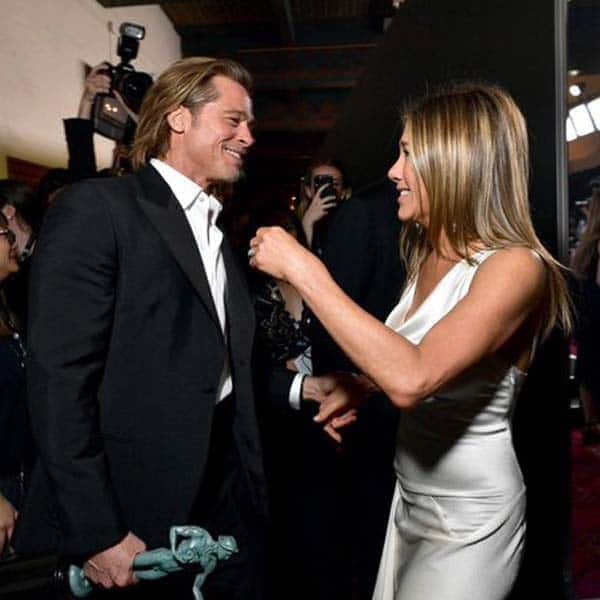 Speculations of Brad Pitt and Jennifer Aniston rekindling their romance gained momentum after the former couple exchanged multiple flirtatious moments at the Golden Globes and Oscars earlier this year (before lockdown struck). Since then, rumours of the two remarrying picked up speed after a well-placed source told Life & Style magazine, “The wedding is on. They are getting married in Cabo and this time they will keep it under wraps until the affair has happened. What Brad craves most now is getting settled down and living happily with his soulmate, Jen,” while another publication reported, “Brad’s family are delighted by the wedding news. They’ve been praying for years for him to get back together with Jen.”

Priyanka Chopra’s Citadel, The Matrix 4 and We Can Be Heroes 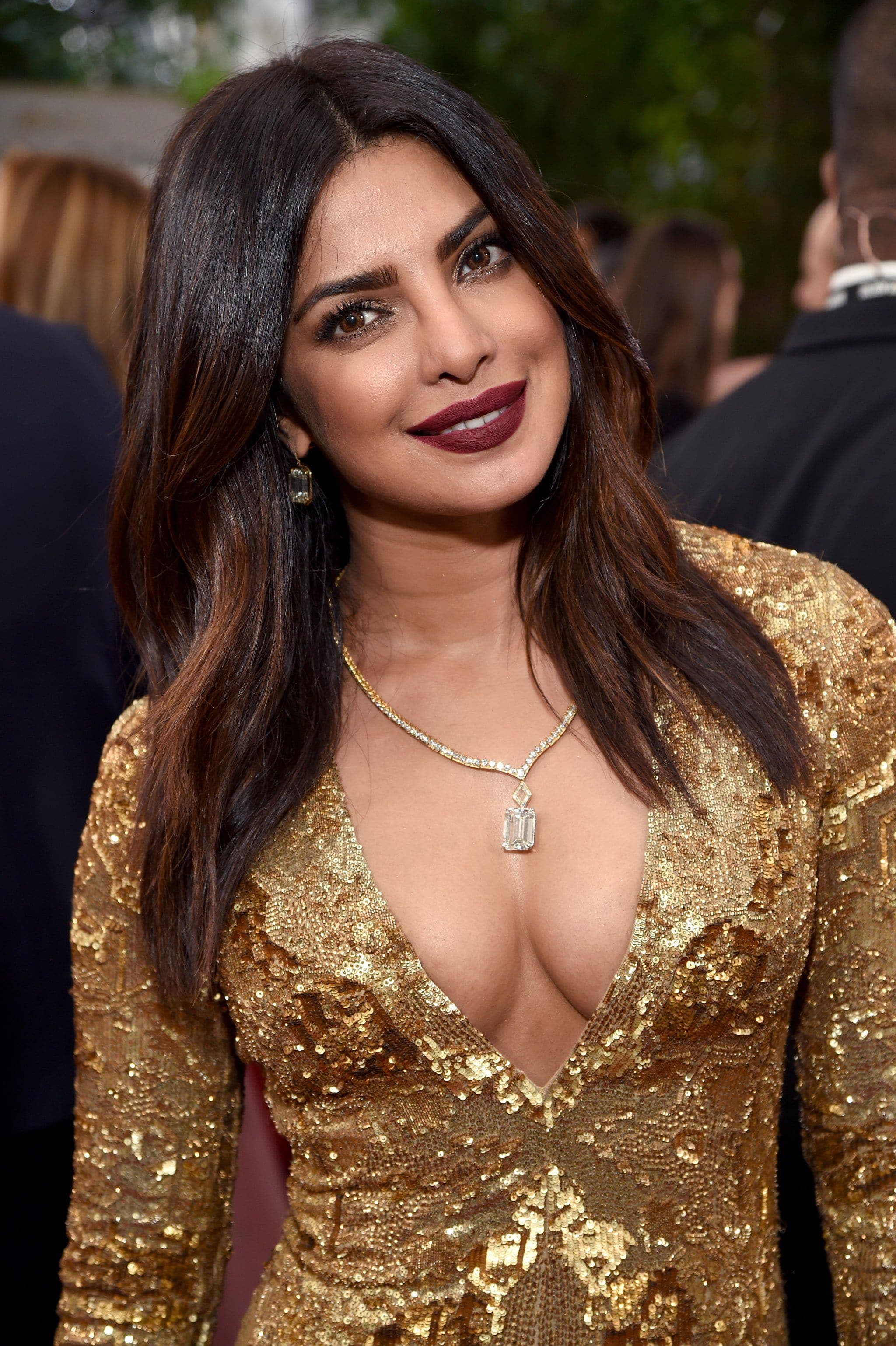 Priyanka Chopra continues to be front-page news in Hollywood, and how. Our desi girl has three enviable projects in her kitty — the first being the leading role in a lavishly mounted web series, Citadel, created by The Avenger’s Russo Brothers, and the other two being a prime role in The Matrix 4 and the lead antagonist in superhero movie We Can Be Heroes. Talk about enforcing your credentials as a Hollywood A-lister, right?

Ellen DeGeneres in hot water over racism and sexual misconduct 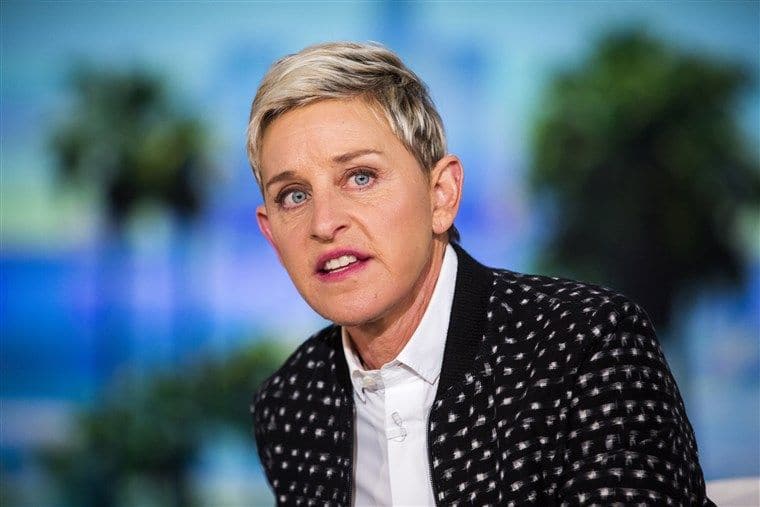 Earlier this year, Buzzfeed had reported that a bunch of current and former employees of Ellen DeGeneres’ widely popular talk show had come out over allegations of racism, fear, bullying, impoliteness and intimidation in the work environment, besides alleging sexual misconduct against three of the show’s producers. While said producers were fired following an internal investigation by Warner Bros., Ellen issued an apology to all her employees both past and present during the season’s new premiere, where she had said, “I learned that things happened here that never should have happened. I take that very seriously, and I want to say I am so sorry to the people who were affected. I know that I’m in a position of privilege and power, and I realize that with that comes responsibility, and I take responsibility for what happens at my show.” 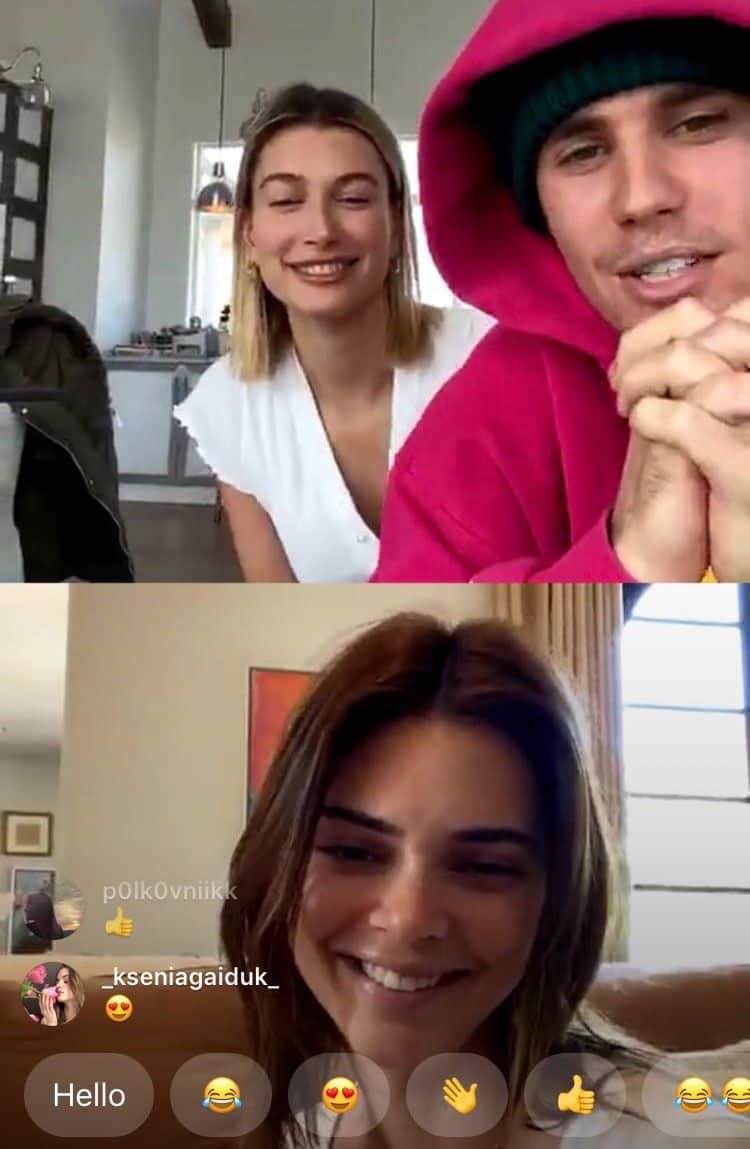 During lockdown, Kendall Jenner had joined friends Justin Bieber and wife Hailey Baldwin for an Instagram live session where the conversation had steered toward how fortunate they feel for the position they find themselves in given how badly the financial instability emanating from the Coronavirus pandemic and ensuing lockdown had hit so many people, but how they couldn’t feel bad either as they’ve worked very hard to be where they’re at. Justin Bieber had said, “How blessed are we? A lot of people obviously in this time have a crappy situation,” to which Kendall Jenner responded, “I think about it all the time,” and Justin continued, “They look at us and obviously we worked hard for where we’re at so we can’t feel bad for the things that we have but I think us taking that time to acknowledge that there are people who are crippling is important. We send our love and support to them.” Many users commented that they should just stop trying to relate to everyday people, with many also pointing out that both Kendall and Hailey Baldwin were born into extremely wealthy, celebrity families. 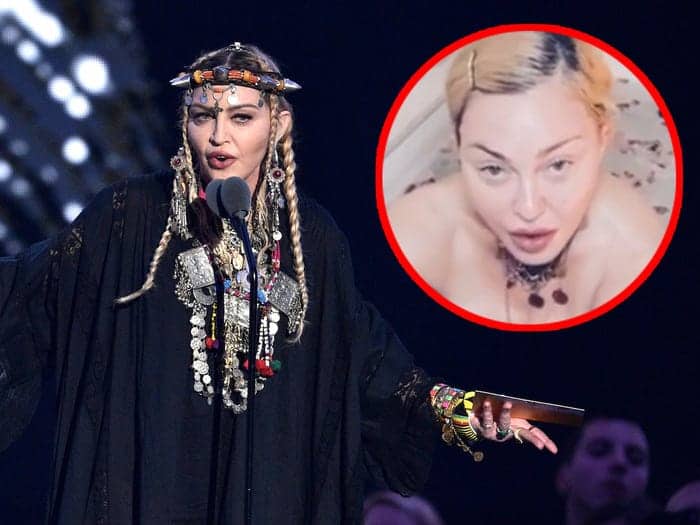 In another brain-freezing moment, Ant-Man actress Evangeline Lilly had declared on Instagram that she’s going to go about her life, maintaining the same routine she used to and refusing to social distance even during the peak of the Coronavirus pandemic in America. She had captioned her post: “Just dropped my kids off at gymnastics camp. They all washed their hands before going in. They are playing and laughing. #businessasusual ,” and when several people had criticised her on the post, with some even pointing out that they had lost friends and loved ones to the deadly disease, she replied, “Where we are right now feels a lot too close to Marshall Law for my comfort already, all in the name of a respiratory flu.” However, she later had a change of heart, and issued an apology in another Insta post for her previous inane actions, where she had written: “I want to offer my sincere and heartfelt apology for the insensitivity I showed in my previous post to the very real suffering and fear that has gripped the world through COVID19.”

In the midst of a toilet-paper crises in the US, with people bizarrely hoarding roles of it for no reason, Khloe Kardashian thought it would be hilarious to cover sister Kourtney Kardashian’s entire home in toilet paper, and the latter, too, concurred that she loved the prank, saying, “I haven’t had this much excitement in months,” which drew ubiquitous flak from all and sundry, with several people commenting how socialites, and especially reality-TV stars, are out of sync with the ‘actual reality’ around them. 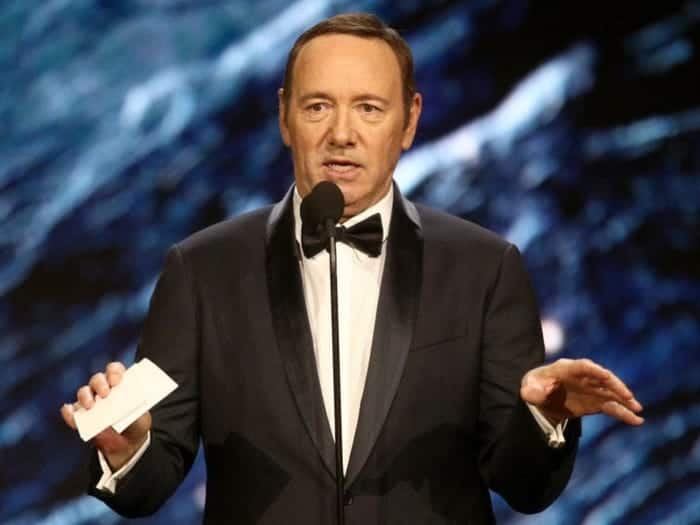 If being accused of sexual assault by several men wasn’t enough, Kevin Spacey went ahead and drew an analogy between the allegations thrown at him and those who had lost their jobs during lockdown. During a German podcast, the Oscar winner had said, “I still believe that some of the emotional struggles are very much the same. So I do have empathy for what it feels like to suddenly be told that you can’t go back to work or that you might lose your job, and that it’s a situation that you have absolutely no control over.” 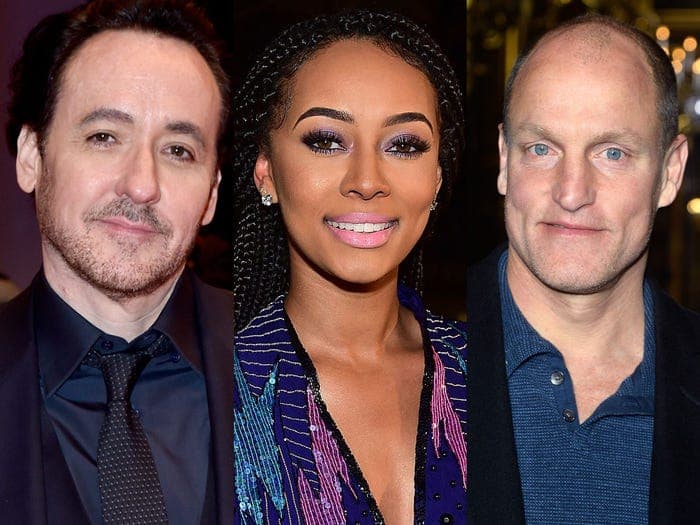 What made the Coronavirus pandemic even worse? Conspiracy theories and fake news around it, and when such make-beliefs emanates from celebs with the power to influence thousands, the ramifications are all the more severe. So, you can only imagine both the backlash and misguided support that met John Cusack, Keri Hilson and Woody Harrelson when they had tweeted that 5G is responsible for the pandemic. Keri Hilson had tweeted “People have been trying to warn us about 5G for YEARS. Petitions, organizations, studies…what we’re going thru is the affects of radiation. 5G launched in CHINA. Nov 1, 2019. People dropped dead. See attached & go to my IG stories for more. TURN OFF 5G by disabling LTE,” which she later deleted, while John Cusack and Woody Harrelson’s tweets read: “5 – G wil be proven to be very very bad for people’s health,” and “Corona? 5g? Or both?”

So, which of these Hollywood headliners stirred the pot the most in 2020 according to you? Tweet and let us know @bollywood_life.

‘Roy Keane got me help first’

Cyberespionage attack believed to be largest in U.S. history

Jim Carrey Birthday Special: From Liar Liar To The Mask

Koriehopeworldnews Jan 18, 2021 0
Britain’s vaccine rollout is limited by a “lumpy” manufacturing process with production changes by Pfizer and a…

These Trump supporters don’t believe Biden will be president —…