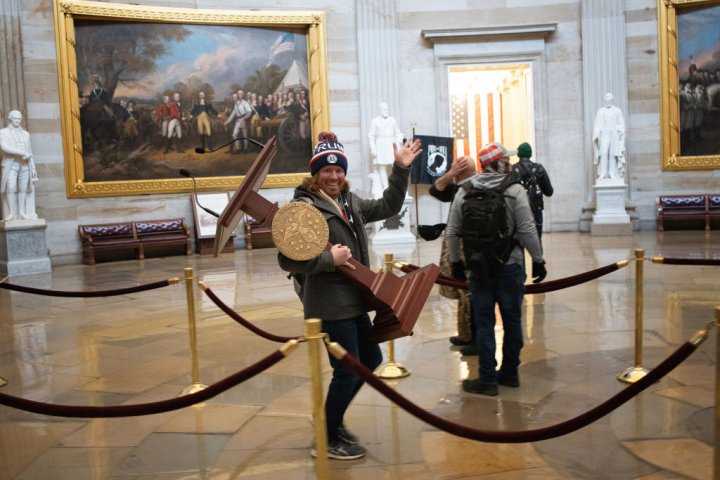 A Florida man photographed carrying U.S. House Speaker Nancy Pelosi’s lectern from the House of Representative chambers during the riot at the U.S. Capitol was arrested late Friday, according to jail records.

Adam Christian Johnson was arrested on a federal warrant and booked into the Pinellas County jail Friday night, the records said.

Johnson, 36, was quickly identified on social media and was identified by the Bradenton Herald as being from Parrish, a community about 40 km south of Tampa.

Five people died in the riot on Wednesday, including a Capitol hill police officer.

AstraZeneca vaccine: Germany admit their vaccination programme is suffering after…

AstraZeneca vaccine: Germany admit their vaccination programme is suffering after…