First vaccine shipments will arrive in states on Monday 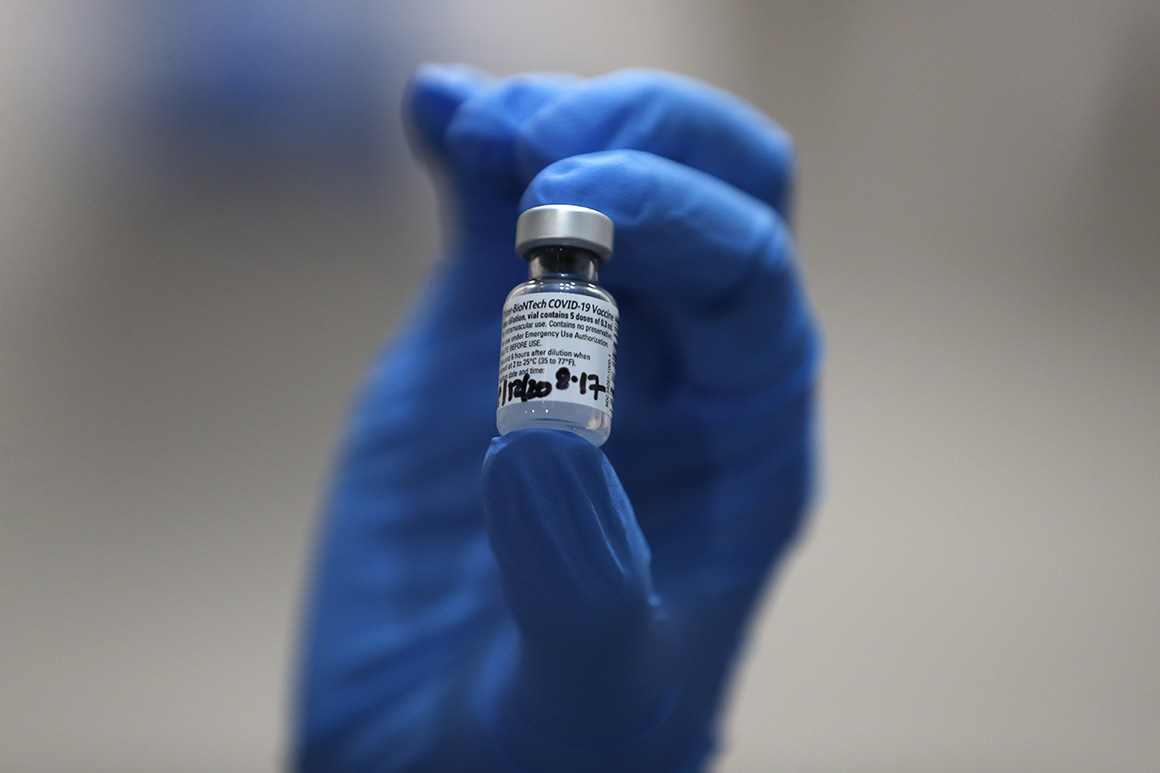 “We’ll be working hard the next couple of days to ensure these first shipments go very well,” said General Gustave Perna, the chief operating officer of the Trump administration’s vaccine accelerator, known as Operation Warp Speed said Saturday at a press conference. “It is the foundation for all future deliveries.”

The states are facing massive logistical challenges in administering the vaccine to millions of Americans, such as ensuring none of Pfizer’s ultra-cold shots go to waste, limited funding and prioritizing which people get shots first. Most states are abiding by federal guidelines to give the initial doses to health care workers and long-term care residents — and some are deferring to health care providers to decide which employees are first in line.

Federal health officials have said that roughly 2.9 million doses of the Pfizer vaccine will come in the first shipment, as the government holds back another 2.9 million shots so the first vaccine recipients will be able to get their second shots. The amount of shots reserved for a second dose will dwindle as the vaccination effort moves forward.

“Holding the second dose is just until we have ultimate confidence, and we’ve built up stocks to ensure that we can get the American people their second dose,” Perna said.

The CDC’s vaccine advisory committee voted Saturday to recommend use of the Pfizer vaccine in people 16 years of age and older; that recommendation will go to CDC Director Robert Redfield for approval — the final hurdle to clear before shots will go into arms.

“Science and data guided the FDA’s decision. We will work quickly based on the urgency of this pandemic, not because of any other external pressure,” Hahn said at a press conference.

On Friday, White House Chief of Staff Mark Meadows hinted to Hahn that he could be forced to resign if the FDA didn’t greenlight the nation’s first coronavirus vaccine by the end of the day. Hahn called media reports of the account “inaccurate;” the exchange was first reported by The Washington Post and confirmed by multiple media outlets,including POLITICO.

Public health experts have warned that any appearance of political pressure could fuel growing vaccine hesitancy. Only about half of Americans said they planned to get a coronavirus shot in an AP-NORC poll released Wednesday.

That reluctance could limit the overall impact of the vaccine, given that experts estimate that 75 to 80 percent of people in a community need to be vaccinated to reach herd immunity.

“I have heard from colleagues in hospital that health care workers and nurses are unwilling to be vaccinated because it will affect their fertility and other myths,” Carol Hayes, an advanced practice nurse at Planned Parenthood Southeast representing American College of Nurse Midwives, said at Saturday’s ACIP meeting.

Experts have been debating other thorny, ethical questions. On Thursday, the FDA’s independent advisory committee discussed when participants in the trial who received a placebo vaccine should be able to get the real shots — a difficult decision amid record-breaking coronavirus case counts.

Participants in the Pfizer trial will learn which shot they received, and if they got a placebo shot, they can request to be vaccinated along with their priority group, FDA’s vaccine chief, Peter Marks, said Saturday.

“We believe that we will have a reasonable data set that will come from that,” Marks said. “Obviously right now in the United States, we have to balance the amount of blinded data that we receive with the need to protect people.”

Debate rages over schools as patchwork COVID policies cause chaos

Depression and Stress Could Dampen Efficacy of COVID-19 Vaccines: Interventions Could…

Infrastructure Improvements to Get More Electric Cars on the Road

Koriehopeworldnews Jan 26, 2021 0
The first known U.S. case of a coronavirus variant from Brazil was confirmed on Monday, according to the…