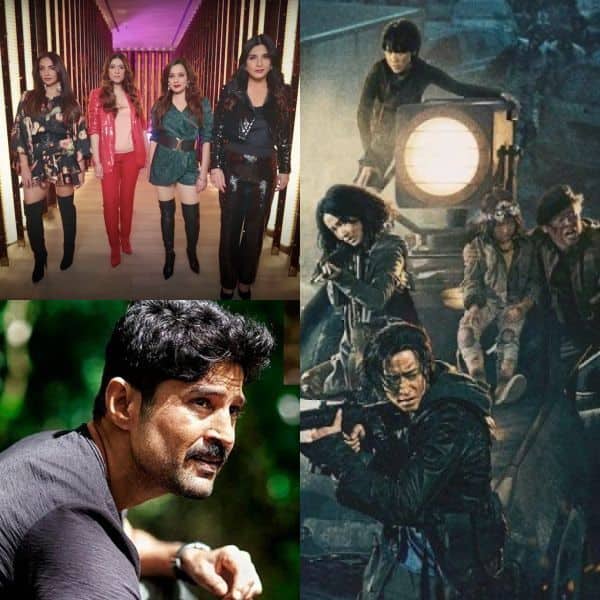 A new week dawns, and that translates to one thing for us — laying down your dose of entertainment. And even as theatres across the country are slowly beginning to screen new releases, the fact of the matter is that we have no options but to still depend on OTT platforms for our entertainment fix. So, including the new titles in theatres and across streaming services, we’ve decided to funnel it down to five web series and web films that have or are releasing across these seven days, which are perfect for your binge-watching needs. Also Read – Karan Johar apologises to Madhur Bhandarkar in an open letter over ‘Bollywood Wives’ title row

Rajeev Khandelwal’s new show delves into the Naxal heartland to show their real issues and how to effectively combat them.

The eagerly awaited sequel to one of the greatest zombie movies of all time, Train to Busan, finally hits Indian cinema halls in a limited capacity given the times, and while the reviews haven’t been as good as its predecessor, you’d want to check it out if you’ve been a fan of the first part.

Do you absolutely dig Liam Neeson’s Taken? Then it’s Italian cousin about a special force’s veteran pursuing his daughter’s captors should be right up your alley.

A highly innovative thriller that could’ve probably only come from a South Korean mind; The Call merges different timelines to present us with a deadly, edge-of-the-seat thriller, which begins with a simple call set 20 years apart.

So, which among these releases will be the first on your watch-list? Tweet and let us know @bollywood_life.

‘Nobody is telling you what to say’: Fauci regains the spotlight under Biden

Koriehopeworldnews Jan 24, 2021 0
By 2100, billions of people are at risk of facing more flooding, higher temperatures and less food and water. A…