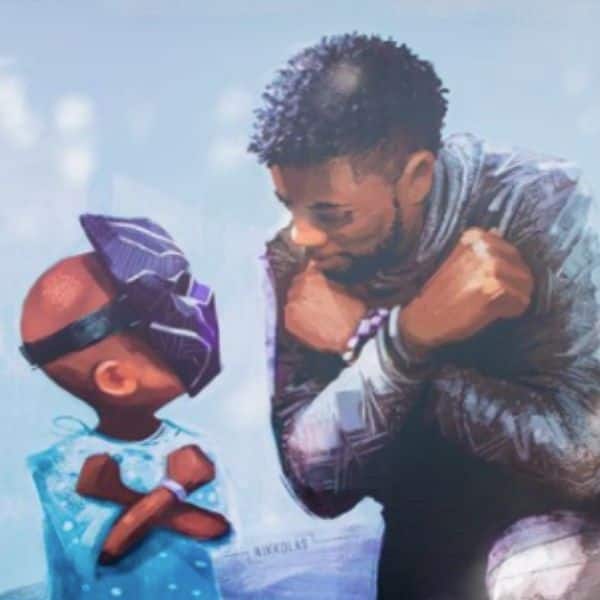 The theme park unveiled the mural in its Downtown Disney shopping district, California. The artwork by Nikkolas Smith has the late star giving the famous Wakanda salute to a young fan wearing a “Black Panther” mask, reports variety.com. Also Read – RIP Chadwick Boseman: Marvel gives an emotional tribute to the Black Panther actor, ‘You will always be our King’ – watch video

“This one is special. My King Chad tribute is now on a wall on display at Downtown Disney,” he wrote.

“It is a full circle moment for me: my final two projects as a Disney Imagineer last summer were working on the children’s hospital project and the Avengers Campus.”

The child in the mural is wearing a hospital gown, to honour the late “Black Panther” star who visited cancer-stricken children at St. Jude campus.

“To millions of kids, T’Challa was a legend larger than life, and there was no one more worthy to fill those shoes than Chadwick Boseman,” Smith wrote.

“I’m so thankful to be able to honor Chadwick’s life and purpose in this way. I am grateful to the Disney family for being so supportive of my journey as an artist.”

Boseman was diagnosed in 2016 with stage 3 colon cancer, and over four years, it progressed to stage 4, his family had revealed.

He never spoke publicly about his diagnosis.

Walt Disney promises another magical experience with its latest animated…

KorieHope Oct 22, 2020 0
Series premiere: A young boy is held hostage in an underground bunker in rural Alabama. How the FBI got inside…

Chris Christie writes op-ed on masks: “Wear it or you may regret…