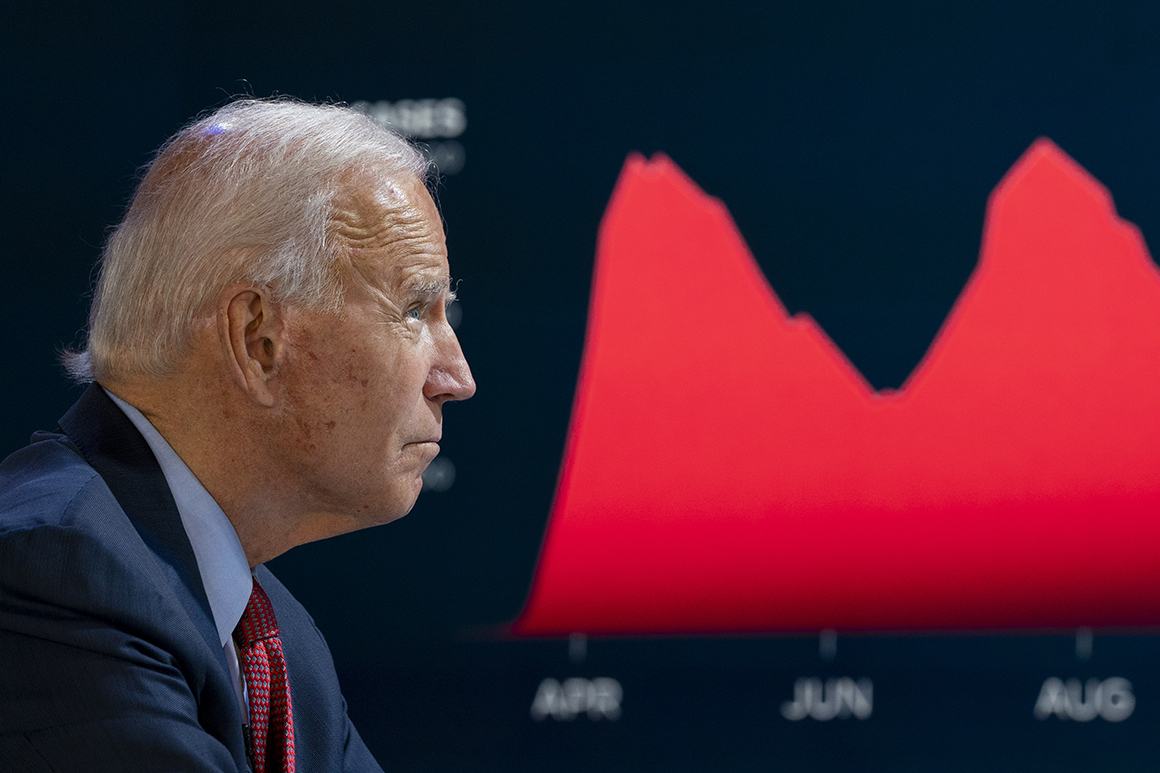 In addition to keeping tabs on agency-specific initiatives, Zients may also build out his own White House team of specialists focused on specific elements of the response.

“I’ll be totally blunt: If they hadn’t put Jeff in that chair then I would say this is all going to fall on Ron, and he’s got too much to do,” said Andy Slavitt, a former Obama administration acting Medicare and Medicaid chief. “But Zients is the kind of person who people will be talking to him on the phone seven, eight, nine times a day.”

In the Biden administration’s first months, Murthy is expected to work closely with the White House on pandemic messaging — serving as one of the most visible faces of the push to sell Biden’s Covid-19 response and encourage hundreds of millions of Americans to get vaccinated.

That effort will also feature Anthony Fauci, the top infectious disease expert who will be Biden’s chief medical officer alongside his existing role at the National Institutes of Health. And at the CDC, Walensky — a well-known infectious disease expert — will be charged chiefly with restoring trust and morale at an agency that was sidelined and subjected to months of political pressure by the Trump White House.

In theory, Democrats said that should leave the broader health agenda to Becerra, whose pursuit of dozens of legal challenges to the Trump administration’s most divisive policies puts him in a position to immediately begin unraveling much of Trump’s health legacy.

Prior to taking California’s attorney general post, Becerra as a House lawmaker sat on the Ways and Means health subcommittee and aided the ACA’s passage in 2010 – credentials that allies have wielded against suggestions he lacks the experience to run Biden’s expansive health department.

Tracking the appointments, the people, and the power centers of the next administration.

“He won’t be able, as HHS secretary, to work full time on Covid,” said former Obama administration HHS chief Kathleen Sebelius. “You can’t put everything else on pause while you deal with Covid, because there’s too much else in that department that’s absolutely essential.”

The transition team has also resisted calls to elevate Murthy to a Cabinet-level position, despite criticism that Biden’s Cabinet lacks a public health expert — a decision seen at least in part as an attempt to further delineate top officials’ roles.

In the hours between Trump’s exit from the White House and Biden’s entrance, a team of cleaners will wipe down every surface and mist the air with disinfectant. After that, masks will be mandatory and testing will be constant. POLITICO’s Alice Miranda Ollstein breaks down how Biden and his team are working to transform the White House from hotspot to bubble.

Still, Murthy is likely to retain significant clout simply by virtue of his close relationship with a president-elect who relies heavily on a small circle of confidants. Becerra’s backers have also taken note of Biden’s nomination of Neera Tanden to run the Office of Management and Budget — a choice that would grant the former Obama HHS senior adviser broad power over the administration’s policy agenda.

“There are a lot of very experienced and talented cooks in the pandemic kitchen,” said Larry Levitt, the Kaiser Family Foundation’s executive vice president for health policy and a former Clinton White House official. “The Biden transition team may have a very clear idea of how the responsibilities shake out, but it will also likely take some working out.”

Any honeymoon period for Biden’s health leadership won’t last long, if it exists at all. The U.S. is likely to be in the middle of both the deadliest stage of the pandemic and the largest mass immunization campaign in decades by the time Biden is sworn in, requiring the administration to work at full speed and under intense scrutiny from its first day.

It’s a challenge that Democrats say will immediately test the Biden team, and its ability to balance the competing urgencies of curbing the pandemic and putting its stamp on the broader health landscape.

“What most people are hoping for is confidence and a willingness for ambitious health care policy, and there are some big moves in that direction,” said Adam Green, a co-founder of the Progressive Change Campaign Committee. “The question is who on the team is charged with the theory of that [political] fight.”

COVID-19 Is Dangerous for Middle-Aged Adults, Not Just the Elderly