BTS’ V grabs 1st position in the 100 most handsome faces of K-Pop artists of 2020; Jungkook at the 5th spot 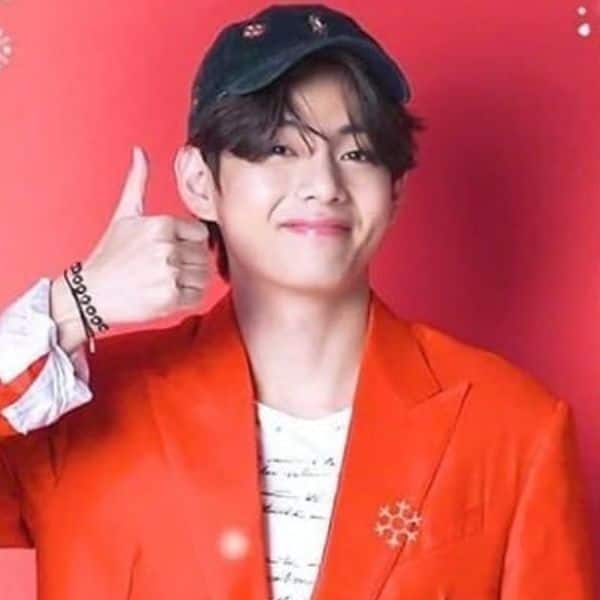 BTS’s singer V is getting showered with a lot of attention and love these days. For those not in the know, V aka Kim Taehyung’s birthday falls on 30th December 2020 and the singer/actor will turn 25. And now, V aka Taehyung has been named as the most handsome faces of the K-Pop artists of 2020. Don’t you think, it’s yet another surprise and gift for Taehyung? He has grabbed the first spot while Jungkook has grabbed the 4th spot. As per reports, BTS’ Jin has also found a place in the most handsome faces of the K-Pop artists of 2020. He is put at No. 19 while Suga has been paced at No. 34. Apart from Taehyung, Jin, and Jungkook, other BTS members such as Jimin took over No. 43, J-Hope ranked at No. 55, and RM placed at No. 65. While this is happy news for the AMRY fans, it’s extra special as V’s birthday is approaching. Also Read – BTS’ V becomes the FIRST and the only Korean artist to feature on Burj Khailfa; ARMY celebrates with #TaehyungOnBurjKhalifa

Recently, the Chinese BTS Army fans collected a sum of a whopping $1 M as a part of his birthday projects. V enjoys the maximum attention in the septet and fans do all kinds of crazy and lavish stuff for the BTS singer once his birthday month begins. Yes, Taehyung aka V will turn 25 on 30 December and he has received a special treat from his fans already. V’s Chinese fanbase @KIMTAEHYUNGBAR_ took his birthday celebration on a new whole level by featuring their idol on none other than Burj Khalifa. Yes, you read that right. Fans on social media are going crazy and are trending #Taehyungon BurjKhalifa to mark the occasion and celebrate V’s birthday. Also Read – Christmas Love song: BTS’ Jimin sends early cheer for the ARMY with a melodious number

Kim Taehyung dropped a Christmas special song called Snow Flower yesterday. The theme of Snow Flower is a song to spread cheer for ARMYs all around the world who might not be feeling their best on such a special day. V through the song intends to let everyone know that they are sailing in the same boat and to keep hopes and spirits high as this too shall pass. Also Read – BTS’ Jimin demands and advises having eggs daily on a megaphone leaving J-Hope and Junglook ROFL

Jlo, 51, slams trolls who insist she secretly had Botox AGAIN and says…

Airplanes Could Save Fuel, Time and Emissions by Better Surfing the Wind

Koriehopeworldnews Jan 26, 2021 0
The first known U.S. case of a coronavirus variant from Brazil was confirmed on Monday, according to the…