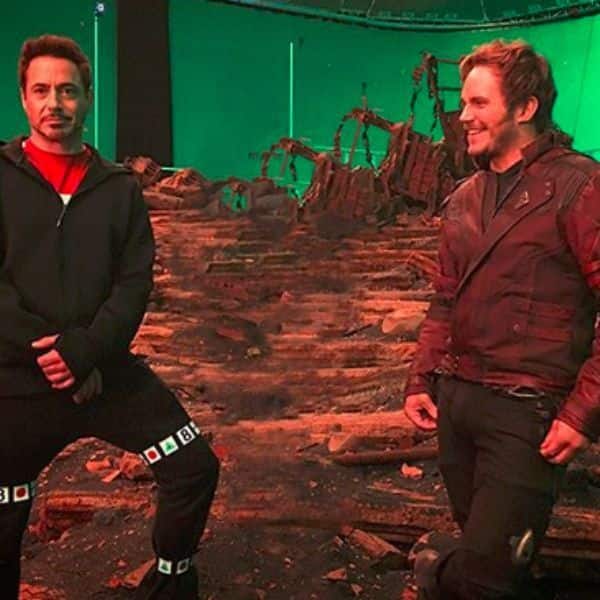 Avengers’ stars united yet again. But this time it was not for a film. Mark Ruffalo and Robert Downey Jr. — who play the Hulk and Iron Man in the Marvel movies, came out in support of Chris Pratt after he was termed as the worst of the “Hollywood Chrises.” There was a Twitter challenge posted on October 17 asking which famous Chris “has to go” out of Pratt, Chris Hemsworth, Chris Pine, or Chris Evans. Pratt trended on Twitter over the weekend because of this. Many Twitter users cited his alleged political views or a claim last year that he supported a church with anti-LGBTQ views as reasons why he “has to go.” Also Read – Jurassic World Dominion: UK shoot suspended after a multiple crew members test positive for COVID-19

Gunn, who directed Pratt in the Guardians of the Galaxy films, wrote, “So do 98% of Christians, all Catholics, most Muslims & some Jews. I was a Catholic for years, hoping I could have a bigger impact working for gay rights from the inside. I eventually gave up. But it was a valid choice. & I applaud other non-bigots who do the same.” Also Read – Chris Pratt aka Star Lord loves THIS thing about his character from Guardians of the Galaxy

He continued, “Chris himself has openly stated the church he attends doesn’t reflect all of his personal views, and that he is a ‘man who believes that everyone is entitled to love who they want.'” Also Read – Chris Pratt amused by wife Katherine Schwarzenegger’s hair-trimming skills

Robert Downey Jr. took to Instagram and wrote, “What a world… The “sinless” are casting stones at my #brother, Chris Pratt… A real #Christian who lives by #principle, has never demonstrated anything but #positivity and #gratitude… AND he just married into a family that makes space for civil discourse and (just plain fact) INSISTS on service as the highest value. If you take issue with Chris,,, I’ve got a novel idea. Delete your social media accounts, sit with your OWN defects of #character, work on THEM, then celebrate your humanness… @prattprattpratt I #gotyerbackbackback”

Mark Ruffalo took to Twitter and supported Chris. He wrote, “You all, @prattprattpratt is as solid a man there is. I know him personally, and instead of casting aspersions, look at how he lives his life. He is just not overtly political as a rule. This is a distraction. Let’s keep our eyes on the prize, friends. We are so close now.”

You all, @prattprattpratt is as solid a man there is. I know him personally, and instead of casting aspersions, look at how he lives his life. He is just not overtly political as a rule. This is a distraction. Let’s keep our eyes on the prize, friends. We are so close now.

It didn’t end there. Some Twitter users called the Avengers’ stars for remaining silent when other Marvel stars such as Brie Larson, Zendaya, Tessa Thompson were being harassed online.

“All these Marvel dudes were REAL quiet when Zendaya, Tessa Thompson, and Brie Larson were getting mercilessly harassed by dudebros, but Chris Pratt gets RIGHTFULLY called out on his bulls—, and they suddenly have a lot to say,” one fan wrote.

Another added, “Let me get this right. Brie Larson was harassed by men for MONTHS. Zendaya was bullied for being MJ bc she’s biracial, Mackie was bullied for becoming Captain America and the Avengers were SILENT, but Chris Pratt gets called the ‘worst’ Chris and it’s Avengers Assemble?”

Who is Mario Lopez’s wife Courtney Laine Mazza and does he have kids?

KorieHope Nov 26, 2020 0
Meghan Markle has revealed she suffered a miscarriage in July this year, writing in the New York Times on…